Many of us have a sweet tooth, and it’s nice to indulge our cravings once in a while. Different cultures in the world have different tastes – from the unusual to the sublime. It is always nice to try something new, so whether you are a keen baker, a foodie, or are planning an overseas trip, here are some sweet treats from around the world.

When we think of Italian treats, we immediately think of ice cream. Actually – we are probably referring to gelato, which is a frozen dessert with less air and more flavoring than ice cream. Popular flavors of gelato include vanilla, chocolate, pistachio, and chocolate chip or stracciatella

Tiramisu is one of Italy’s most famous desserts and is loved the world over. It means ‘pick me up’ or ‘lift me up’ in Italian. Traditional tiramisu consists of layered sponge fingers, custard made from cream and mascarpone cheese, and a topping of cocoa powder. The sponge fingers are usually soaked in coffee made from strong or medium roast coffee beans mixed with a bit of wine, usually Marsala or coffee liqueur.

Scotland is famous for shortbread, which is packaged in tartan boxes and loved by tourists. However, many other sweet delicacies originated in Scotland. Tablet is a god-send for those with an extremely sweet tooth. It is similar to fudge and is made from sugar, condensed milk, and butter. It is boiled and cut into squares once it has solidified.

Cranachan is known as the ‘king of Scottish desserts’ and was originally developed to celebrate the harvesting of raspberries during the Scottish summer season. It is similar to trifle in that it consists of layers of cream and raspberries. However, it is the addition of toasted oats, honey, and whisky that really makes it mouth-watering.

Scones are thought to be the quintessential English treat as they are famously eaten for afternoon Cream Tea smothered in jam and cream. However, scones are actually Scottish. They are thought to have been named after the town of Scone, where Scottish kings were crowned.

Anna Pavlova, the famous Russian ballerina, toured Australia and New Zealand in the 1920s, and this dessert was made in her honor. It is still a bone of contention between the two countries as to the nationality of the dessert’s inventor. A pavlova is a crisp meringue with a gooey inside that is topped with fresh cream and fruit such as strawberries and kiwi fruit.

Lamingtons are delicious cakes that are thought to be named after the Governor of Queensland, Lord Lamington, who served from 1896-1901. It is believed that his chef, Armand Galland invented the treat when he had to cater for last-minute guests to the governor. He cut a leftover sponge into cubes, dipped them in chocolate, and rolled them in coconut. Nowadays, some bakers will sandwich jam or cream between two sponge layers.

England has a long history of sweet delicacies – many of them made for members of the monarchy, such as the Victoria Sandwich. This cake consists of jam and cream sandwiched between two light sponges. This was Queen Victoria’s favorite indulgence, and she was said to serve it at tea parties.

Dating back to the 1590s, trifle is a delicious dessert traditionally served at Christmas time. A trifle is made by soaking a sponge in brandy or sherry and lining the bottom of a glass bowl with it. A layer of fruit and jam is then added and, in more recent times – a layer of jelly. Above this layer goes some custard and then a layer of whipped cream. They usually are decorated with glacé cherries or slivered almonds.

Gulab jamun dates back to medieval India, and the name means “flower water” in Persian because rose water is used in the recipe. These treats are balls of milk solids, flour, and a leavening agent, which are soaked in rose water syrup and deep-fried. Gulab jamun is enjoyed on special occasions such as birthdays, marriages, and festivals.

Laddus are another Indian sweet treat served during special celebrations. They are made from flour such as gram flour, semolina, and ground coconut, which are combined with sugar and other flavorings such as nuts, spices, and sugar. The mixture is formed into balls and cooked in ghee.

France is known for its beautiful patisseries, which are bursting with shelves full of exquisite pastries and cakes such as profiteroles, macarons, eclairs, madeleines, petit fours, and mille-feuille.

Mille-feuille means 1000 sheets in French and is so-called because it is made from three layers of pastry with creme patissiere (custard) sandwiched between them. The top of the delicious slice is covered in cream, drizzled chocolate, and almonds. Sometimes Mille-feuille is glazed with fondant icing.

Tarte Tatin is a famously French dessert. It was invented in the 1880s purely by mistake when a French lady who ran a hotel called Hotel Tatin near Paris was baking an apple pie. She overcooked some apples causing them to caramelize, and tried to rescue the dish by placing some pasty over the apples and turned them out of the pan. The resulting dish was an upside-down apple tart with a delicious layer of caramel and apples.

The Japanese are probably more known for their savory foods, but they do enjoy a variety of desserts and cakes that look as wonderful as they taste. Most Japanese desserts and cakes don’t have as much sugar in them as British or American treats and can taste unusual to a western palate.

Purin is similar to the French creme caramel as it is a firm egg custard molded pudding covered in caramel syrup. The custard mixture is silky smooth, and a Bain Marie is used to ensure it sets in the mold. A very traditional Japanese dessert is mochi which is eaten during the Japanese new year. Mochi is made from rice with water, sugar, and cornstarch added to form a paste that can be molded into shapes. 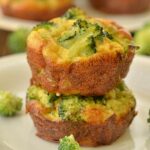 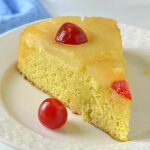 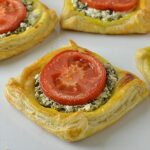 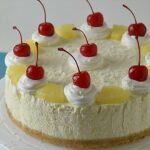